back to search results

Univision reporter Jorge Ramos debates with Republican Presidential candidate Donald Trump during his press conference before the "Make America Great Again Rally" at the Grand River Center in Dubuque, Iowa, Tuesday, August 25, 2015. Ramos, an anchor with the Spanish-language Univision network, was removed from Donald Trump's news conference in Dubuque, Iowa, on Tuesday after the Republican presidential candidate said the journalist was asking a question out of turn. Ramos, who later returned to the televised event, was trying to query Trump about immigration when the real estate mogul told him several times to sit down. REUTERS/Ben Brewer 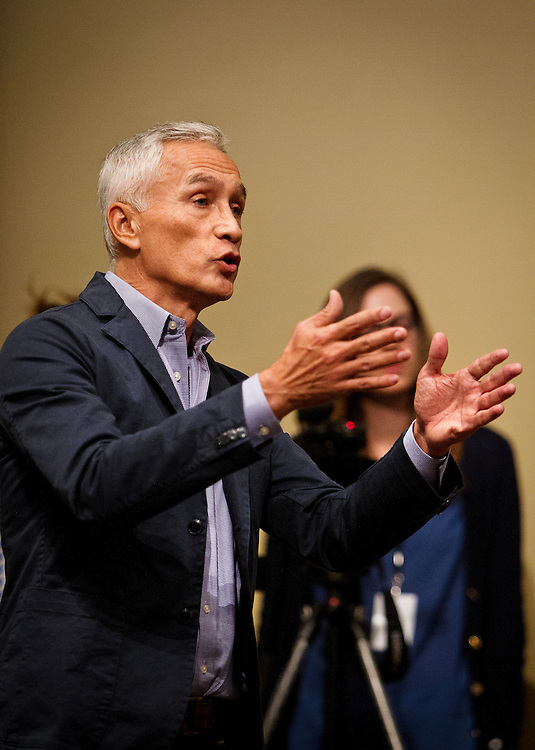